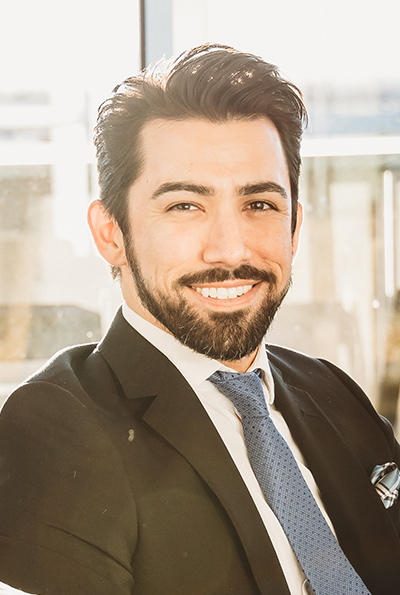 Jason Shinn, a Southwestern native raised in Sedona, Arizona spent his formative years in construction, assisting his father in the production of luxury spec homes during the housing boom of the early to mid 2000’s. After high school he attended Coconino Community College with the goal of obtaining his bachelor’s degree in construction management from Northern Arizona University (NAU). After two years, he decided to relocate to California to pursue a career in the Fashion Industry.

At age 21 he enrolled as a student at the Fashion Institute of Design and Merchandising in Downtown Los Angeles. After five years, Jason obtained two associates degrees in Apparel Industry Management, and International Manufacturing along with a bachelor’s degree in Business Management. After college Jason secured employment as an operations manager for a Luxury Men’s Suiting Company called Art Lewin Bespoke, with show rooms in Beverly Hills, San Diego, Palm Springs and Downtown Los Angeles, California.

As his entrepreneurial spirit began to manifest, Jason began noticing opportunities in the Luxury Apparel Market in Los Angeles. In 2016 he founded the Apparel Business Review, a fashion networking group focused on promoting fashion designers, brands, and influencers in Southern California. This led to his next career transition as a Conference Director at Apparel Textile Sourcing, an international apparel sourcing trade show with events in Miami, Berlin, Toronto and Montreal.

Jason relocated to North Scottsdale in 2018 due to his love of the desert, and to be closer to his family. As his career in the fashion industry comes to a close, he looks to leverage his hard and soft skills to enhance his clients’ home buying and selling experience in the Phoenix Market as a real estate sales professional.

Jason is well-traveled, cultured and focused on the concept of quality over quantity. His academic, personal and professional experiences are dynamic and varied, factors that weigh heavily on his skills as a negotiator and communicator. His hard skills include marketing, one-on-one sales, negotiation strategies, project management, event planning, curation and retention of strategic relationships, graphic design, photography, basic web-design, and content creation.

Jason’s marketing experience is an invaluable value-add as he is able to leverage his tech-savviness and knowledge of digital marketing strategies including social media, email marketing, SEO, web-design, and pay-per-click advertising to sell your property as conveniently as possible, in less time, at the highest selling price.

Copyright © 2020 Arizona Regional Multiple Listing Service, Inc. All rights reserved. All information should be verified by the recipient and none is guaranteed as accurate by ARMLS.
IDX Solution Provided by iFoundAgent.com. ARMLS Listing Data Last Updated: July 10, 2020, 11:46 pm